Muffler repair cost varies between service stations, between dealerships and even between mufflers, since there are a number of different brands of muffler, some for long wear and use and some for acceleration, and this means variations in muffler prices. All of this means a wide variety of prices for muffler repair cost.

Another factor to consider is whether or not the consumer wants to repair his/her own muffler; this is an easy task for the most part, unless the bolts of the muffler have rusted, a complication that adds considerable expense.

The last factor to consider is whether or not the individual wanting to know the current muffler repair cost will be visiting a regular service station (with a garage and mechanic), a specialty shop (such as Midas) or the car dealership. Each gradation means an increase in prices for muffler repair; as well, muffler replacement cost increases exponentially the higher up the scale the repair venues go.

A muffler repair usually ends up being a muffler replacement anyway, since few people weld or repair mufflers, but find it easier to replace them. At any rate, the fees go up based on whether the muffler replacement is for do it yourself, service station or dealer, just as with repair jobs.

Generally speaking, muffler repair cost (which, as noted, is about the same as muffler replacement cost) begins at $125-$150 for parts that will be “after-market” (that is, generally found in service and auto parts stores), and $250-$400 for Original Equipment Manufacturer (also known as OEM).

Larger cars, trucks and minivans will increase muffler repair cost and muffler replacement cost as well: approximately $135-$330 for after-market part installation and $350-$550 or higher for OEM. As for muffler prices themselves, a new muffler bought for installation/replacement by a do-it-yourselfer runs about $70 to $150, and can go as high as $300 for the one part.

These estimates, with the exception of the last one, figure in both muffler repair cost and $50-100 average labor for the 20 to 30 minute job; one can assume $200 or more for labor in a more complicated repair/replacement that takes an hour or longer.

An exhaust manifold leak, particularly if it is a leaking gasket, is a dangerous situation for a car’s operation, as it means that the exhaust is leaking substances that are toxic, and worse, corrosive to automotive parts, causing burnout particularly in the exhaust valve. With a condition like this, a driver will be experiencing backfire in his starting and operating the car. Also, the fuel induction system may be damaged or corroded by the leak; this in turn creates a fuel injection loss/compromise, and possible engine fires.

In general, the job of exhaust manifold repair is a two to three hour task, which figures out to around $200 to $300 in labor; the price range for repair parts such as gaskets runs between $15 and $35 dollars. At a dealership, the price increases because the dealer is usually able to offer an extended warranty on the guaranteed work.

Exhaust manifold gasket replacement will run between $250 and $400, depending on the type of gasket used and the labor, either from dealership or shop.

In general, therefore, most consumers will find themselves paying anywhere between $300 and $400 for a service station repair of exhaust leakage. Add another $50 to that estimate for a dealership repair. This is why a number of individuals repair exhaust leaks on their own, despite the tedious difficulty of the work, because it will cost only $15 to $35 for the gaskets to be replaced.

How Much Does A New Muffler Cost?

The price of the part varies considerably (as noted above), but on average, the consumer can expect to pay $70-80 median range for the part by itself. He should factor in anywhere from $150 to $300 and more for labor to repair and restore the entire system, but a do-it-yourself finds that muffler cost all by itself is relatively low and affordable.

Both muffler repair cost and muffler replacement cost are augmented with the addition of performance mufflers (which add both power and aesthetic qualities to the muffler and dual exhaust system). These mufflers are not only sturdy, and developed for accelerated power and propelled exhaust, they can often incorporate specific colors (such as jet engine red) that give the inescapable “look” of speed to an automobile.

If one wants a performance muffler as an added expense, these models run anywhere from $180 for an “S-type” to $325 and more for a “dragster” model. Exhaust heads with four pipes, the ultimate customization, are available for $400 to $1200 in most online stores, while “extreme” mufflers (that produce the “ultimate peel-out” muffler sound) run at $60 to $120. The muffler price is for the muffler alone; one needs to add in all installation and labor costs on top of this estimate.

The repair or replacement of a custom exhaust for a higher-end or more expensive car can get prohibitively expensive, as both muffler repair cost and muffler replacement cost can have large price increases.

For example, a dual exhaust pipe repair or replacement on an American made truck or van might cost up to $300 for the exhaust pipe assembly structure by itself; the consumer should figure in 4 to 6 hours of labor (at $85 to $130 per hour!) to repair (which usually means replace) the entire assembly.

For a foreign-made sports car with dual exhaust, the replacement muffler and pipe assembly part might run up to $400. Installation of all these systems is usually a four hour job, and is more usually six. If one figures in both labor and parts for dual exhaust repair and/or replacement, the bill can easily top $1000 for the service. 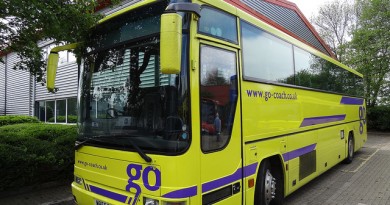 How Much Does Renting A Bus Cost? 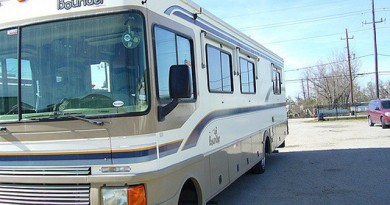 How Much Does An RV Cost? 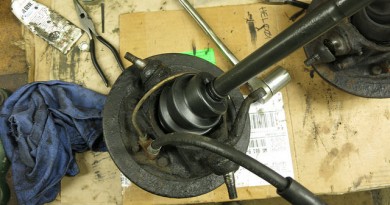 How Much Does CV Boot Replacement Cost? 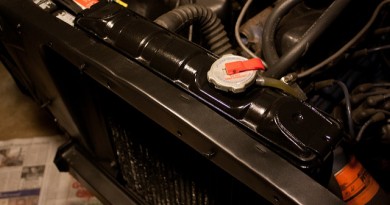 How Much Does A Radiator Cost To Repair Or Replace? 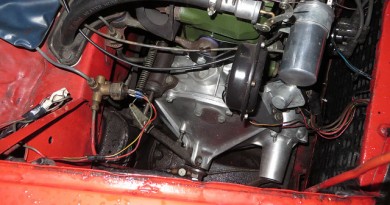 How Much Does A Transmission Service Flush Cost? 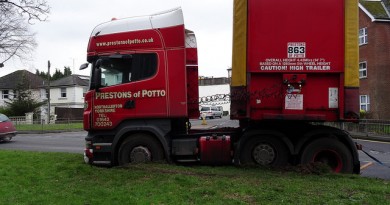 How Much Does Truck Driving School Cost?