Bicycles have been around since the 1800’s, and worldwide more than 1 billion people ride them. Bicycles are no longer just a child’s recreational toy. In many parts of the world, bicycles are the main mode of transportation. Bicycles are also widely used by the military and law enforcement. Bicycles come in many shapes and sizes. Prices for bicycles depend on many factors such as size, function, and brand name.  When shopping for a bicycle, consideration must be given to what the bicycle will be used for. Someone who will be riding a bicycle on a casual basis will need a different bike than someone who will be riding it many miles a day to work, or someone who is training for a race.

The price for an exercise bike depends mostly on its construction and extra added features. For example, recumbent bikes that are ergonomically designed to be safer for the knees and back, are 10% more expensive on average than traditional upright bikes. Prices for recumbent stationary bikes start at $250 and go as high as $2500. Recumbent bike prices depend largely on the resistance levels that are available and the number of preprogrammed work outs. The most expensive bikes have as many as 25 levels of resistance and 13 programmed workouts. There is even one for $5000 that has a 17 inch LCD television screen.

When asking how much a dirt bike costs, you need to factor in the cost of safety equipment as well. There are a lot of spills and falls in motocross, especially in competition. Helmets and pads are essential. There is also special padding that is attached to the bicycle to make it safer. For someone who is just riding for fun, a dirt bike will cost about $150. For competition purposes, it is best to go with a more expensive brand that specializes in racing bicycles.

BMX stands for bicycle motocross, and it is a very popular outdoor sport. It has increased in popularity with the emergence of televised events like the X Games. Purchasing a BMX bike can be very costly, so it is important to do some research and have a conversation with a knowledgeable dealer. BMX bikes start out at about $150 for a beginner’s model. Prices climb from there up to $1000 or more for professional models. Professional BMX bikes are extremely rugged and lightweight.  BMX is a fun if not dangerous sport. The racing aspect is not as dangerous as some of the trick competitions where the riders take their bikes airborne and do various twists and flips.

A mountain bike is an all-terrain bicycle designed to be used off road. These bikes are constructed to be able to withstand the rigors of riding on rough terrain, including rocky trails and steep inclines. They have knobby tires to give them better traction in this rough cycling environment. Mountain bike prices start as low as $100. However, you can expect to pay $300 to $400 for a good quality mountain bike. On the very high end, some professional racing mountain bikes retail for $3000. These bikes need to be light weight yet durable. The most expensive bikes are very light weight yet still strong for mountain terrain.

Bike chains do occasionally break. They can be fixed, but it is most often easier to just have them replaced. Having a bike chain replaced at a bike shop will usually cost around $30, depending on the type of chain you use. Bicycle chains can be as affordable as $5, and are relatively easy to replace on basic bike models. There are some higher end chains that are specifically designed for racing. Shimano makes chains that retail for about $35. These more expensive chains are designed for smoother gear shifting and to avoid breakage. How much a bike chain costs depends largely on whether you need an ultra-durable chain or not.

Bicycle tires are as varied as the different types of bicycles. They are specifically designed for their applications. Road bike tires are designed for speed and distance on paved roads. Mountain bike tires are knobby, and made for traction as well as to resist punctures in the tough mountain terrains. BMX tires are also knobby, designed mostly for traction allowing the bike to accelerate in loose dirt. BMX tires also need to be strong enough to handle landing after the many jumps in a race.

How Much Does A Bike Rack Cost?

Bike racks are useful for people who plan to use their bicycles away from home. Racers and trail riders would both need a bike rack during their travels. The most economical racks are rear mounted, and most are designed to carry two bikes. There are trunk mounted racks, hitch mounted racks, and spare tire mounted racks. Roof mounted bike racks are best for protecting the finish on your bicycle, but they create drag for your vehicle. They also need to be lifted up onto the roof, and can cause clearance issues should you be traveling under low bridges.

Replacing the wheels on a bicycle is a good way to increase its performance and lower its weight. A set of light weight high performance wheels can cost as much as $600. Wheels for road bikes are typically made of lightweight materials such as aluminum or carbon fiber. They are designed to be aerodynamic. Mountain bike wheels are designed to be more rugged. BMX wheels are usually the smallest at about 20 inches in diameter. This makes them stronger and easier to accelerate with, which is important as the start of a race can often determine the outcome. 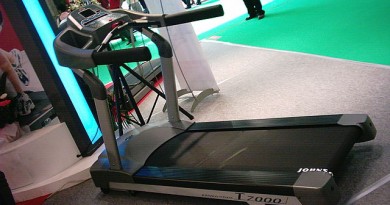 How Much Does A Treadmill Cost?