A scratched, dulled or filmy surface on a bathtub can make an entire bathroom unsightly; unfortunately, most consumers imagine that the way to return to a beautiful bathroom look is through the expensive process of replacing the bathtub (which, as most can attest, runs into tens of thousands of dollars). An economical alternative to this is bathtub reglazing, but the consumer should be aware of the bathtub reglazing cost.

The cost of reglazing a bathtub varies across the country, but generally is far more reasonable in every case than the cost of replacement; bathtub resurfacing costs can be as little as the (admittedly bargain) price of $300 for the entire job.

The Cost To Reglaze A Bathtub

The cost of reglazing a bathtub, if it is a do it yourself project, could run $100 to $150; double this at least for a contractor’s day and labor.  In fact, average prices throughout the country suggest a range of $400 to $700 and more for professionally contracted use.

The contractor one hires should be experienced and knowledgeable about not only the process but also the bathtub reglazing cost involved. An inexpert job can leave spots, streaks, and dust mites embedded in the glaze.

The bathtub resurfacing cost seems to be a determiner, on most websites, of the quality of the work done; in general, consumers have discovered that a reglazing job done by a bargain company (whose offers may be in the $200 to $250 range) is not long-lasting and begins to peel quickly.  The higher end and well-established companies have well-established prices (in general around $500 to $550, although this may increase if the labor is intensive and goes past a day), but their warranties on their work are worth the extra expense.

The cost of reglazing tile that surrounds the tub is highly variable across the country; generally, if the entire set of tile around the tub must be reglazed, the tub must either be removed or plumbing disconnected. This can run into real money; most companies quote between $1000 to $1500 to gut or scrub with solvents the tile around a tub and either replace or reglaze the material.  A regutting or reglazing of an entire bathroom, if the damage to tile is extensive, is around $8000 to $10,000 and up; one might consider an entire bathroom renovation at that price.

Bathtub resurfacing cost is, for all intents and purposes, virtually the same as the cost to reglaze; however, the surface one wants to apply might raise or lower the ball park figures previously mentioned.  The cost of reglazing a bathtub, after all, assumes a standard epoxy used to resurface; if one desires a new surface, new color or new tint as opposed to a white glaze, there are several companies available that will resurface the tub, but the price will increase by $100 to $500 approximately, depending on the resurfacing colors desired.

One nice thing about resurfacing is that it improves the look of a tub, whereas reglazing simply replaces the look with another white or off-white shade; the resurfaced tub, shaded or tinted in a slightly different manner, can make a world of difference to the look of the bathroom.

A refinishing process typically takes four to five hours, another advantage over reglazing (which takes two days to set the surface); the tub is ready for use in another six hours.  A refinished tub is often easier to clean than the original, and factory-ready colors allow for real artistry in the bathroom decoration process.  The process is also an improvement over bathroom liners, which are pre-set and pre-constructed, and can leave gaps or spaces in the tub which can easily crack or crumble.

How To Reglaze A Bathtub

Once the consumer decides that the bathtub resurfacing cost is economical enough, it’s a simple matter to do the reglaze either professionally or as a do it yourself.

Reglazing a bathtub is usually the best alternative to replacement if the surrounding surfaces and fixtures are still good looking and in working order, and if the bathtub itself is still in good condition. The reglazing process usually takes a day; if the worker is fast, it can be done in five to six hours.

The reason for the time frame varies, but the resurfacing must occur within a period of time that allows the glaze to cool and “set,” and no rush order can vary this time. If it is done more quickly than this, there is a distinct possibility of peeling, and the bathtub reglazing cost will redouble.

Part of the bathtub reglazing cost will be the solvents, which usually run between $20 and $35 for a single tub. These solvents have a strong and toxic odor, so the area must be well ventilated when they are applied; most professional contractors carry special fans for this purpose.

The bathtub resurfacing cost, if a do it yourselfer is doing the job, would include the price of at least one high powered portable fan for ventilation; one should also invest in gloves and mask.  The total price for this equipment would run between $40 and $70.

Caulkings, soap scum and previous coatings must first be dissolved and removed for the process to work well; then a reglazing solution (usually between $50 and $75 for a single tub, added to the bathtub reglazing cost) is applied in several coats. The tub should not be used for at least 24 hours, preferably two days, to allow the reglaze to set and complete.

Refinishing a bathtub is an incredibly difficult do it yourself project, although it is not impossible; the solvent removal alone requires a great deal of muscle and “elbow grease,” and the tub must be cleaned as thoroughly as possible; if not, the reglazing will not adhere, and the consumer has an all new bathtub resurfacing cost as he either begins again or hires a contractor. 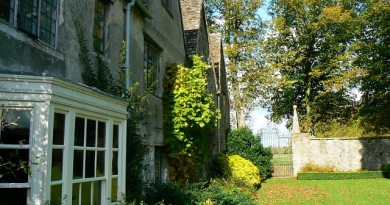 How Much Does A Storage Unit Cost? 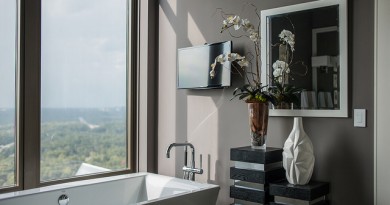 How Much Does It Cost To Replace A Bathtub? 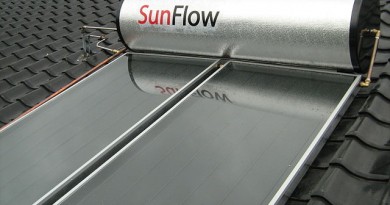 How Much Does A Water Heater Cost? 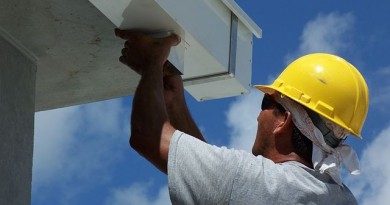 How Much Does Gutter Cleaning Cost? 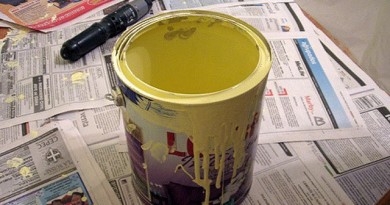 How Much Does Paint Cost?