There are many types of soil available. Two types of soil that are commonly purchased are topsoil and potting soil. The difference between topsoil and potting soil is their intended purpose and content. Topsoil is intended to be mixed with existing soil on a yard or garden, usually to restore stability to a foundation. Potting soil is created with added nutrients, to sustain plant life within a pot or planter. Potting soil is a lot moister than topsoil, but will quickly dry out in an outdoor environment. Depending on whether it is potting soil or topsoil, the cost of soil will vary. Topsoil prices can range between $10 and $20 per cubic yard, or more. Potting soil contains more nutrients, and is more expensive. It can range between $60 and $200 per cubic yard.

Soil costs are determined by the unit it is sold in, the amount of nutrients in the soil, and what the soil is composed of. Soil can be as low as $10 per cubic yard, and as much as $200 per cubic yard. These ranges cover both topsoil prices and potting soil prices. The type of soil you need, as well as the cost of this soil will range based on your specific project needs.

Before building on a site, construction companies often require that a soil test (geotechnical test) is performed. This amount is added on to the cost of construction.

How Much Does Soil Testing Cost? The soil test cost can be as low as $1,200 or as high as $9,000. There are many factors that affect soil testing costs. This includes the location of the site, the quality of the soil, and the equipment that is needed to perform the test. A soil boring test is included in this price range. The cost of soil testing may be high, but it could prevent costly construction costs on unsafe grounds, as well as prevent injury. Understanding the composition and properties of the soil will help to ensure that the building is constructed on safe grounds.

There are two types of soil reports that may be done on soil. The first, a soil boring test, is used to test the stability of soil at a location. This test averages $3,000 and the findings are presented in a report. The second type of soil report analyzes and presents the composition of soil. There are many factors that are included in the total soil report cost, including the number of tests that are done. To obtain a soil report, soil from your area is sent in to a lab for processing. The sample must be dry, and should be taken from an area that is similar to the rest of your land in water retention, slope, and density. The initial testing can cost as low as $10, plus processing fees. However, this only tests the fertility factors, such as pH balance, acidity, and key nutrients. Most testing places will also include recommendations for how to improve the fertility of soil. Tests such as those testing salinity, types of organic matter, or other may run an additional $2 to $5 per test.

Because different soil types vary in their density and composition, it is uncommon for soil to be sold by weight. Rather, metric figures are used. A common measure of topsoil or potting soil is by cubic yard. Topsoil is sold at approximately $15 per cubic yard, where as potting soil can be an average of $130 per cubic yard. These costs range higher or lower, depending on the type of soil.

In unstable building environments, soil cement may be used to secure the ground, rather than topsoil. Topsoil costs are $10 to $20 cheaper than soil cement costs, which can range from $20 to $30 per cubic yard. However, soil cement is often more effective in stabilizing a large area of ground. It also gains strength with age, whereas topsoil can become less stable from erosion or tremors in the ground.

A unique decorative piece that can be added to cottages, sheds, and other buildings is a rooftop garden. On rooftops that slope downward, this can seem like an impossibility. GardNet rooftop assembly applications are used to keep soil and foliage in place in these instances. The cost of a GardNet soil confinement system is determined by the number of square meters that are purchased. This can range anywhere from ten cents per square meter to $8.50 per square meter.

How Much Does Potting Soil Cost?

How Much Does Topsoil Cost?

Topsoil is usually used a fill, or to replenish a lawn. The typical topsoil prices range is significantly lower than that of most potting soils. Topsoil cost can run between $10 and $20 per cubic yard, or $1-$3 per bag.

For large projects, such as those involving construction, very large amounts of topsoil are needed. In these instances, topsoil cost is measured by the ton. The cost of soil by the ton ranges from $30 to $60 per ton.

Some people want finer topsoil. Topsoil can be screened, a process through which rocks and wood bits are removed from topsoil. The cost of screened topsoil is $30 to $55 per cubic yard.

Bagged topsoil is typically sold in a 40 pound quantity. This can cost as low as a few dollars per bag or less.

When purchased in bulk, topsoil can be available at a cheaper cost than it would be per cubic yard. These prices are an average of $45 per ton.

Free topsoil is not recommended for use by many. Often, it is found when it is removed from a site. However, free soil does not have specific qualifications, and may have glass, chemicals, or other issues.

Where To Buy Topsoil

Topsoil is available in many locations. This includes tree nurseries, composting sites, or even stores such as Ace, Sam’s Club, or Home Depot.

Because topsoil purchased in bulk can be difficult to transport, companies may offer delivery services. However, these deliver prices come at a cost. Topsoil delivery prices are added to the total soil cost, and can range from $15 to $60 or more, depending on the distance the company must travel.

A soil excavation cost is often determined by the cubic yard of soil removed. Soil may be removed for reasons such as contamination or to even out land. Soil removal costs are also affected by the location and accessibility of the site, the difficulty to remove the soil, and the equipment that is needed. For this reason, the removal of soil costs anywhere between $35 and $300 per cubic yard of soil removed. However, there is an additional charge included for contaminated soil disposal cost. The contaminated soil disposal cost is determined whether it is performed on or off site. On site disposal is more cost effective than off-site disposal.

What is Potting Soil?

Potting soil is planting matter that is designed specifically to sustain plant life in an enclosed environment, such as those in a pot, bucket, or planter. It is often very dense, and retains moisture well. What is in potting soil? The composition of potting soil is determined by its type and manufacturer. There are three ingredients that are typical to most potting soil brands. The soil is composed of peat moss and pine bark, and manufacturers add either permite or vermiculite, to ensure the soil is properly aerated.

How Much Potting Soil Do I Need?

Many gardeners become confused when purchasing potting soil as to how much they need. Because potting soil is sold by the cubic yard or by the pound, it can be hard to determine how much is needed for the size of the planter or bucket. A forty pound bag of potting soil will completely fill a five gallon bucket. This can fill a small-sized planter, or several small pots.

How Much Topsoil Do I Need?

The amount of topsoil needed for a lawn depends on its size, as well as the thickness that it is applied in. A good amount of topsoil for most uses is two inches. Topsoil prices for a two-inch layer of top soil across a cubic yard will typically range between $10 and $20 per cubic yard. 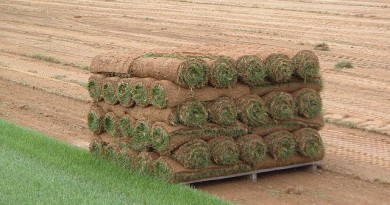 How Much Does Sod Cost? 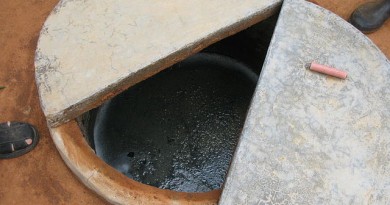 How much does it cost to pump a septic tank 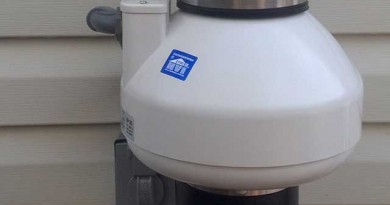 How Much Does Radon Mitigation Cost? 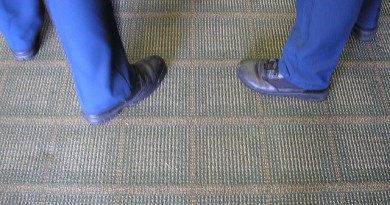 How Much Does Carpet Installation Cost? 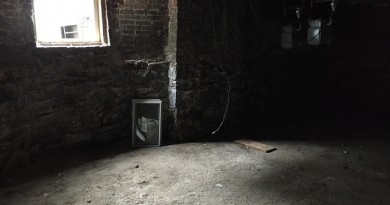 How Much Does It Cost To Waterproof A Basement? 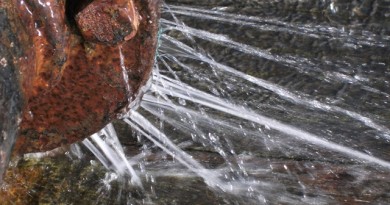 How Much Does Slab Leak Repair Cost?